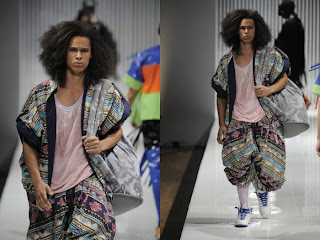 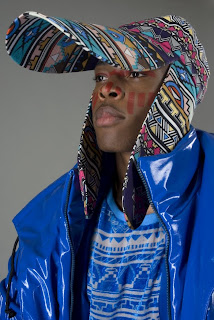 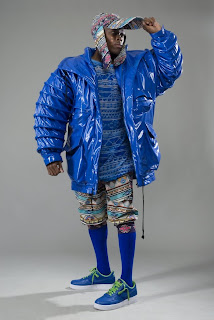 Essence of Hip Hop
Since the 1970's hip hop has had an association with fashion. Hip Hop fashion mixes elements such as tagging(brand naming), found artifacts and sportswear. The theme of mixing is also seen in hip hop music. Hip hop clothing is the visual identifier of the sound(music) but it is also cited frequently in hip hop lyrics.The core of hip hop fashion is to frame the black male figure of hip hop as possessor of a new American dream and inheritors of America. Hip hop fashion pulled away from women's wear and femininity towards analyzing black male fashion and the industry that supports it by interplaying masculinity, desire, and national identity.This image, taken of Grad student Holly Fox's work, strongly depicts the core of what hip hop fashion is based on, framing the masculine black male.
Sharela Bonfield
Posted by Experimental Fashion at 6:16 PM