John Krynick drew my attention to this exhibition at the Philadelphia Museum of Art that some of you might want to see during Winter Break. 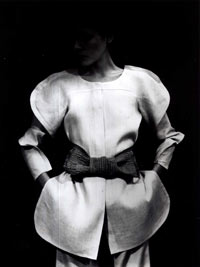 Ronaldus Shamask: Form, Fashion, Reflection
October 6, 2012 - March 10, 2013
In the late 1970s and early 1980s, Ronaldus Shamask (American, born Netherlands 1945) burst onto the runway with thoughtfully spare, minimalist works during a time of buoyant excess. Disregarding trends, Shamask drew on his background in illustration, architecture, theater, and dance as well as collaborations with choreographers and artists to create a timeless body of work that paved the way for the minimalist fashions of today. This exhibition includes iconic Shamask clothing, as well as works made specifically for this presentation, including translucent paper renditions shown as mirror images of the garments to reveal form of construction. The installation also includes a “mood wall” that reimagines the artist’s design process using fashion and dance costume sketches, fabrics, color swatches, and visual references that serve as his inspiration. Video clips from fashion shows and dance performances showcase his costumes and collaborative work undertaken with artists such as Jennifer Bartlett, Arman, and Michele Oka Doner.

Posted by Valeska Populoh at 9:17 AM No comments:

Fiber Alumni Rebecca Nagle and Hannah Brancato, in collaboration with a variety of folks, recently launched a culture-jamming website: PINK LOVES CONSENT that certainly has generated some avid discussion about sexuality and intimacy, advertising and women's bodies:

Here are just a few responses in the media: 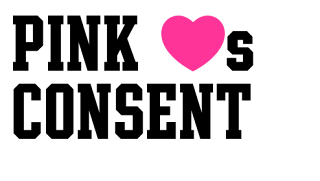 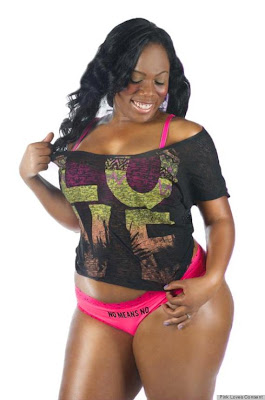 Posted by Valeska Populoh at 9:05 AM No comments: 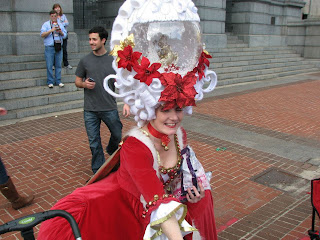 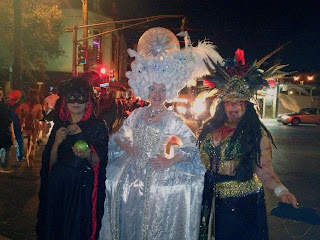 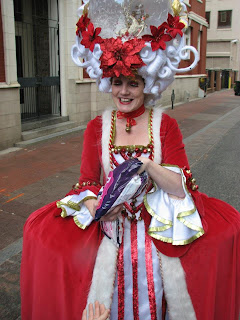 These are images of New Orleans based costume designer Jenny Campbell in two variations of her snow globe wig!


Posted by Valeska Populoh at 9:46 AM No comments: