The film, Paris is Burning may be of interest to some of you, and is certainly pertinent to our class, exploring the relationships between subcultural phenomena, fashion, performance and dance. 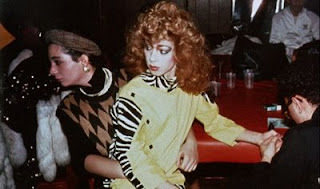 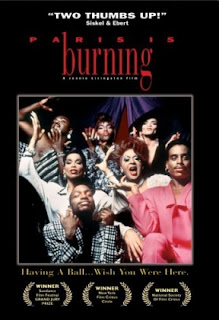 "Paris Is Burning is a 1990 documentary film directed by Jennie Livingston. Filmed in the mid-to-late 1980s, it chronicles the ball culture of New York City and the African American, Latino gay and transgender community involved in it... The film explores the elaborately-structured Ball competitions in which contestants, adhering to a very specific category or theme, must "walk" (much like a fashion model's runway) and subsequently be judged on criteria including the "realness" of their drag, the beauty of their clothing and their dancing ability." (from Wikipedia)
Posted by Valeska at 10:42 AM